I make my home in Wyoming, transplanted from the east.  There are a couple reasons why I have chosen to call the Equality State home, the least of which is not the amazing variety of climbing available.  The climbing in this cattle and natural  gas riddled state is nothing short of world class.  Much like the rest of the climbing throughout the American west, our access routes cross public land that is often leased to ranchers and criss-crossed with fences and two tracks.  Despite calling the Cowboy State state home, I know very little about cowboys.

As a kid I played cowboys and indians in my backyard.  I always imagined cowboys being out under the stars, riding the range by themselves, and sitting around campfires.  Songs such as ol‘ Paint and Home on the Range helped form my image of cowboys as did books such as Shane or Lonesome Dove.    All that not withstanding I still don’t know how many acres it takes to raise one head of cattle or how to turn a calf into a steer, or how to brand, or rope, or ride, or even how to shoot a gun.  I don’t know why eight seconds is so important or what a latigo is.  I don’t own a cowboy hat or a lariat and have never worn real cowboy boots.   I do, however, listen to a lot of pop country and have since I was a wee lad.  For much of my adult life, having spent it in small western towns, country music has been my go-to entertainment option, often taking up all the programmed buttons on my radio.  Therefore, it is my intent to draw some parallels between climbers and cowboys based on the words to several country songs.

“Cowboys ain’t easy to love and they’re harder to hold.  They would rather give you a song than diamonds or gold.”  Waylon and Willie brought those first two lines of Mama’s Don’t let your Babies Grow up to be Cowboys to #1 on the country music charts in 1978.  Much like cowboys, if parents knew what climbers were, they would not want their babies growing up into me or us.  Much like the cowboy, we climber’s are hard to hold, trotting off on another road trip, never making it home because there is always awesome climbing somewhere.  We drive old trucks and quite often pick our guitars on the the tailgate.   We’re broke, 40 cents away from having a dollar and living in the dirt.  If we were doctors and lawyers, I know that we would go home to see mom and dad just a little more often because it wouldn’t entirely matter that they didn’t live somewhere with awesome climbing.  Waylon and Willie tell us that cowboys like smokey old pool rooms and clear mountain mornings.  We climbers aren’t that much different.  You will find us at Talkeetna’s Fairview Inn, the Joshua Tree Saloon or the Lander Bar.  We also like clear mountain mornings anywhere in the world. 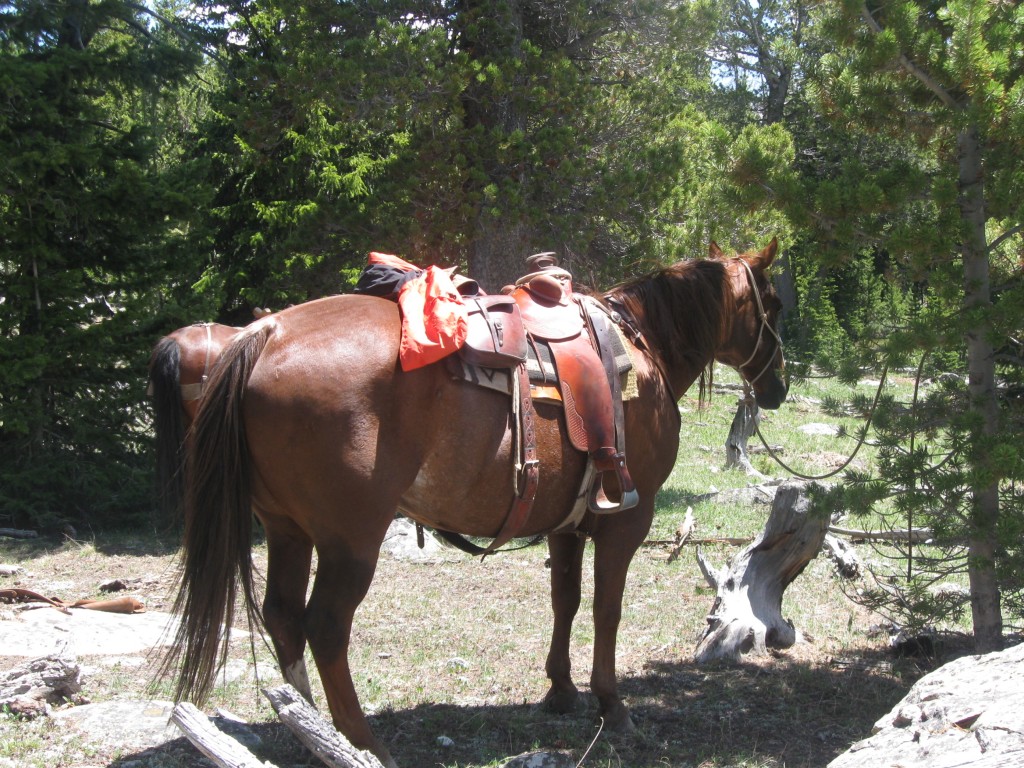 George Strait sings many songs about the rodeo and its assorted cowboys. While I have never attempted the eight second ride or even done any mutton wrestling, his song, I Can Still Make Cheyenne has always struck a chord with me.  The cowboy is out on the rodeo circuit and doesn’t make the short go again, so he calls up his significant other and tells her he is coming home.  All he hears is “don’t bother coming home…there is somebody new and he sure ain’t your rodeo man.”   I can picture a beat up Toyota truck driving up the snowy switchbacks out of Indian Creek and stopping at the top of the hill to take advantage of the good cell service.  The phone call goes out as the dirty, gobied up, down on their luck and broke climber dials the better, more stable half.   The phone rings and all our dejected Indian Creek climber hears is “don’t bother coming home,  there is somebody new and he sure ain’t your rock climbing kind.“ George Strait’s protagonist responds with “well it is alright baby if I hurry I can still make Cheyenne” indicating he is just going to go back and give it another go.  The climber looks at the phone, turns his truck back on, and driving out of the creek, says it is alright baby if I hurry I can still make the Valley.    About a year ago I got in from a mountaineering trip I was working and found that my girlfriend had broken up with me.  I was heartbroken.  Later that week, I got a text from a friend.  It read “It is alright, If you hurry we can still make Chalten.”  I set down the phone and started pricing plane tickets.

Another country song that transfers to climbing is the Garth Brooks anthem Rodeo.  From beginning to end, the protagonist cowboy could be a replaced with a climber.   Garth sings, “she knows his love is in Tulsa, and she knows he is gonna go, but it ain’t no woman in flesh and blood it is that damned old rodeo.”  Replace Tulsa with J Tree, The Baltoro, Fitz Roy or Hunter and old rodeo with “alpine climbing” or “rock climbing” and well we are of the same cloth.  Garth lists the little things next: the song continues “it is the bulls and the blood, the dust and the mud, the roar of a Sunday crowd, it’s the white in the knuckles the gold in the buckle…its boots and chaps and cowboy hats, its spurs and latigo, it is the ropes and the reins, it is the joy and the pain…”  It is the details of the rodeo that draw cowboys in.  It is the same with me for climbing; it is not just the cracks or the summit, but the sunsets, the fires, the beer, the camaraderie and the dusty burritos. It is cooking dinner on a tailgate, an unplanned bivy, the smoothness of a cams action and desert sunsets.  Then Garth croons “it ll drive a cowboy crazy, it will drive the man insane, he will sell off everything he owns just to pay to play the game”.  A climber is the same.  Example #1 is my friend John Cunningham.  He sold his car to buy a plane ticket to Patagonia.  Then he sold his girlfriend his rack.  Once there he sold some old climbing shoes to buy some empanadas, and then a backpack to buy lunch.  The guy didn’t even bring boots down to Patagonia (the dirtbag used mine) and still summited Fitz Roy.  Garth’s final stanza reads like most single 45 year old climber’s story:  “A broken home and some broken bones is all he will ever show for all the years that he spent chasing this dream they call rodeo.” 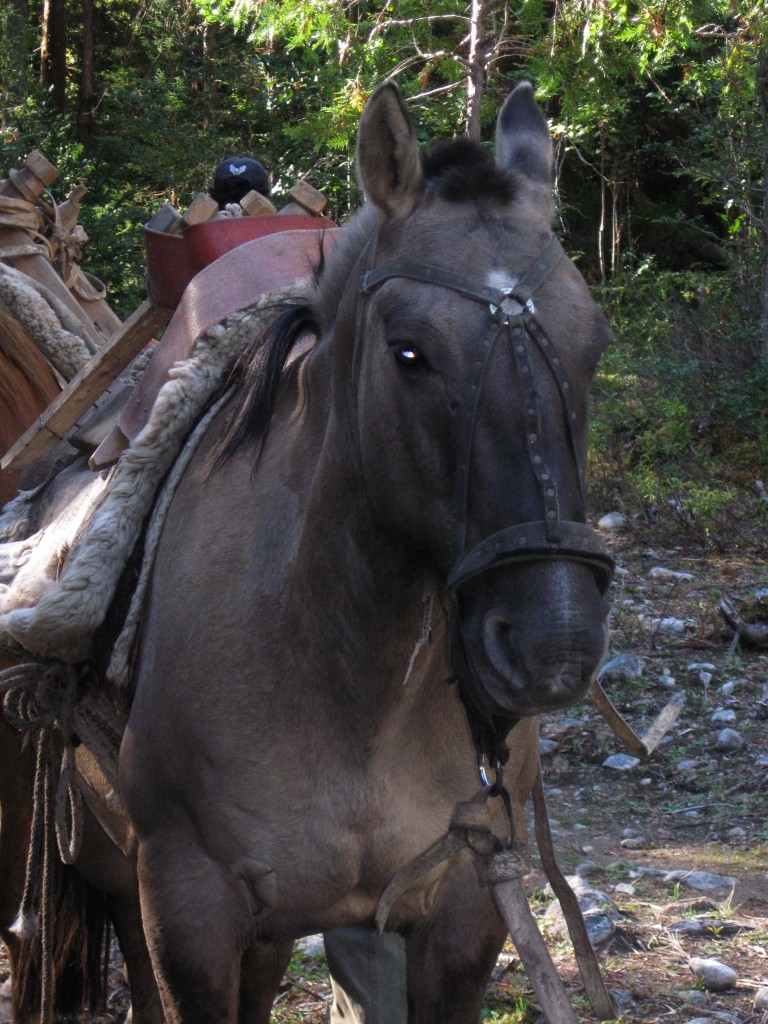 And for my final example of how I see cowboys and climbers not being all that different, I once again present a George Straight song.  Amarillo By Morning tells of a cowboy riding in the rodeo.  He sings “I’ll be looking for eight when they pull that gate, and I hope the judge ain’t blind”  Eight seconds.  Now I am sure there is a reason behind what to me seems like a arbitrary time, but is that arbitrary time really all that different from trying to climb 5.11 or 5.13 or 5.6?  Is staying on a bull for eight seconds any less contrived than trying to send a project on a cliff that, if you put in a little less effort, you could just walk to the top of?  We both, climbers and cowboys, seem to chase arbitrary and ultimately pointless goals.  Heck, many climbers just lower off before actually reaching the top of a cliff.  Later in the song King George touches on what I believe to be one of the most fundamental similarities between cowboys and climbers.  His last stanza states: “I ain’t got a dime, but what I got is mine, I ain’t rich, but lord I am free.”

So there you have it, four country songs that aptly illustrate that we climber’s aren’t really all that different from those who chase that eight second ride, wrangle cattle, or ride fences.

If that doesn’t do it for you, I give you one final example: at the end of the day we both like to sit around on truck tailgates near a fire, listening to music, enjoying the company of like minded souls, with beautiful people while more importantly, drinking an ice cold beer.

To that I raise my bottle and say cheers and enjoy the American west.  To all you cowboys out there reading this, thanks for letting us climbers share your two tracks and “pastures.”  To all you climbers, remember to leave the gate how you found it when driving through cattle country.